You’re here because you’re probably about to interview for a DevOps Engineer job. No need to be nervous, we’ve got you covered! Let’s explore some of the most common DevOps Engineer interview questions you’ll likely … 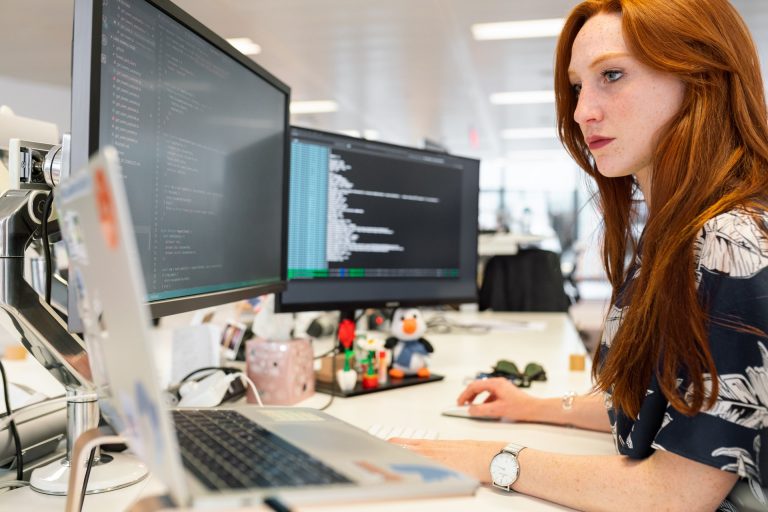 You’re here because you’re probably about to interview for a DevOps Engineer job. No need to be nervous, we’ve got you covered!

Let’s explore some of the most common DevOps Engineer interview questions you’ll likely be asked.

What are some common DevOps tools you’ve used?

This is a really broad question, it could be asking about CI/CD pipelines, Infrastructure as Code tooling, Monitoring Tools, Linux utilities or others!

What is version control?

What are the advantages of DevOps?

DevOps has tons of advantages.

Here’s a few quick ones:

CI, or continuous integration, refers to how developers merge code in to the main branch of version control continuously. Usually, a pipeline will run and perform code checks and tests for bugs.

CD, or continuous deployment, refers to how code is deployed to testing or production environments after it’s been built and tested.

What is configuration management and how is it used in DevOps?

What monitoring platforms are you familiar with?

We recommend if you’re being interviewed that you be honest. Don’t name tools you’ve never used before.

That said, Prometheus, DataDog, Nagios, Dynatrace, and New Relic are just a few monitoring tools that are in use today for monitoring application environments.

What is Infrastructure as Code?

Infrastructure as Code allows us to define our resources as code. Was that obvious from the title? The major benefit over making changes manually is that we can always see what’s currently deployed. Infrastructure as Code is our “desired state” or outcome we want deployed in our environment.

We check our Infrastructure as Code into version control like Git and collaborate with teammates on changes more easily.

Imagine deploying an RDS database in AWS by going through the console and clicking and entering all of the settings manually. That’s tedious. If you do it through code, you can simply have a single file for that database.

Some popular Infrastructure as Code tools are Terraform, Cloudformation and Pulumi.

How does AWS use Infrastructure as Code?

AWS uses Cloudformation as its Infrastructure as Code Platform. You can still use platforms like Terraform on AWS as well!

What is a Blue-Green Deployment Pattern?

Blue-Green deployments are just one way of deploying new versions of applications without user interruption. “Blue-green” means that we run two versions at the same time. Blue is the old version and green refers to the new version we want to switch over to.

Both applications are probably sitting behind a load-balancer. Then, traffic is gradually moved from the Blue version to the Green version. This allows Engineers to rollback to the Blue version if something goes wrong.

What is a canary release?

Canary releases are a way to slowly roll features out to a small subset of users before deploying it to all of the users. This has the benefit of making a small, incremental test with lower-risk before rolling the change out to all users. The term came from the old saying canary in a coal mine.

This is another broad question.

A container is a form of operating system virtualization. Containers are light-weight and solve the problem of code having many dependencies. Sometimes code will run differently on different computers.

With containers, you don’t need to worry that code will run differently. It’s going to run the same on every server it’s deployed on. Docker is the most common container virtualization platform.

Pronounced Koo-Ber-netes and often shortened as k8s, Kubernetes is for “Orchestrating” Containers.

Kubernetes is the standard platform for orchestrating and managing containers today. It allows Engineers and Operators to automate deployment, scaling, load-balancing of containers easily.

Be prepared to answer about your experience with Cloud Platforms, Monitoring Software, CI/CD Platforms, Systems Design or any other number of topics! Good luck!

If you found this article helpful, please consider signing up below for our newsletter 👇